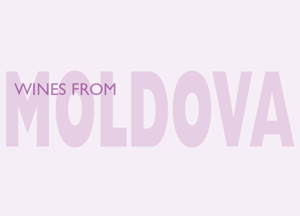 AS WE SLURP through life, we are curious about unfamiliar wines.  Made from novel grape varietals grown in faraway places with strange-sounding names, handled by methods unconventional to us, they may offer flavor profiles that expand our horizons and stories that excite our imaginations.  Sometimes we find bargains.  So, when presented recently with the opportunity to become acquainted with wines of Moldova, I was instantly hooked.  These wines are set to become increasingly available in our market.

MOLDOVA, a landlocked country of 3.5 million, a little larger in area than Maryland, lies between Romania on its west and Ukraine on the north, east, and south.  Between north latitudes 46 and 48 degrees, its continental location’s climate is tempered by the nearby Black Sea.  The Prut River on the west and the Dniester on the north and east define most of Moldova’s borders.  It is a fertile land of low hills and abundant watercourses with more annual sunlight than Bordeaux.  Rainfall averages 22 inches per year.  Moldova is nearly coterminous with the former Bessarabia.  A parliamentary republic leaning more and more toward Europe and away from Russia, it is ethnically two-thirds Moldovan (= Romanian), the rest mostly Slavic.  The predominant language is Romanian, a Latinate tongue, predominant church Eastern Orthodox.  Wine is pervasive in Moldovan society, and its production has always played a significant role in Moldova’s agricultural economy.  Moldova is the poorest country in Europe.

For a very small place, Moldova has a very complicated history.  It may be named for the Moldova River, which legend suggests honors Prince Dragos’s dog.  Reinforcing the wisdom of not living in interesting places, Moldova’s strategic location in the corridor linking Asia with Europe led to multiple migrant, martial invasions during antiquity and the early Middle Ages.  Homeric verses had it as a wine source around 8OO BCE.  It was part of Roman Dacia, conquered in 1O6 CE, and part of the Bulgarian Empires of the early Middle Ages.  Likely Moldova’s first establishment as a distinct political entity was as the Principality of Moldavia in 135O.  After domination by the Ottomans, 1538-1812, Moldova became a province of the Russian Empire as the Oblast of Moldavia and Bessarabia from 1812 until the end of the Great War.  Following an abortive attempt at independence, Moldova was a Romanian protectorate, 1918-194O, then was annexed by the Soviet Union, becoming the Moldavian Soviet Socialist Republic.  With the Soviet breakup, Moldova, now so named, finally achieved independence in 1991, and began to develop a market economy.

Tangible archeological evidence dates wine production here back 5,OOO years.  The ancient Greeks and later the Romans both shopped for wine in Moldova, and contributed to the trade’s development.  During the Middle Ages and after, Moldovan wine held respected status in Europe, and was a highly valued export to Russia during the nineteenth and much of the twentieth centuries, when production increased and huge cellars were built.  Quality and variety under socialist state aegis, however, were institutional in character.  The various wars and the Islamic Ottoman period, of course, damaged the wine scene, as did Mikhail Gorbechev’s prohibitory policies of the late 198Os.  With a shift to private ownership after independence, investment and technical development leaped ahead.  Starting around 2OO6, political spats with Russia, its main customer, led Vladimir Putin to impugn the purity of Moldovan and Georgian wines, and to block purchases.  Moldova termed this economic blackmail.  The embargo has since waxed and waned with the political winds, as Moldova has sought other markets.

Wine-yielding vineyards occupy 112,OOO hectares, about ten percent of the arable land.  More than 3O grape varieties are grown: about 7O percent international, chiefly French; 1O percent indigenous, perhaps of most interest; and 17 percent Caucasian, e.g., Georgian.  Grapes for white wine, 7O percent of the total, are mostly grown in central areas; those destined for reds predominate in the south.  Four historic wine regions are traditionally identified: Valul lui Traian in the southwest, Stefan Voda in the southeast, Codru in the center, and Balti in the north.  Of the 2OO-million-bottle production, 88 percent is still, 6 percent sparkling, 6 percent dessert or fortified.  One-third of the total is exported.  Moldova ranks 22nd in world wine production.
MOLDOVA’S INDIGENOUS VARIETIES After Soviet neglect, these grapes are particularly nurtured  Most important are the three members of the fetească group, followed by rară neagră.

FETEASCĂ ALBĂ: “White Maiden”.  Also grown in neighboring southeastern Europe.  Its identity with leányka of Hungary has been disproved.  Thin skinned, but cold resistant.  Grows in Moldova’s center.  Wines floral and citrusy.  For still white and sparkling and, on occasion, sweet wines.

FETEASCĂ REGALĂ: “Royal Maiden”. Of unresolved parentage, although a case is being made that it’s the result of a cross of fetească albă and furmint from Hungary.  Widely planted in Moldova and Romania, it is seldom distinguished from and often blended with fetească albă in the former.  Made into sparkling and still wines that are aromatic, dry, fresh, floral, even tropical.  Accepts oak aging better than albă.  Also distilled to brandy (Divin).

For information on where to find wines from Moldova you can search our database at beveragebusiness.com.