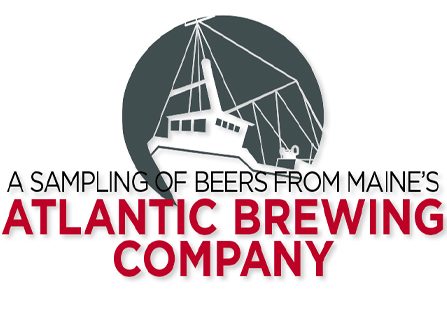 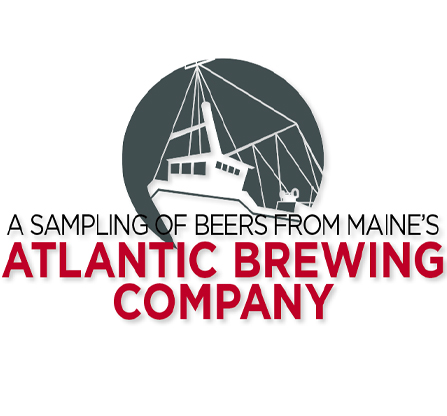 By Andy Crouch
Maine has long promoted itself as Vacationland but these days it might consider changing that to Beer World. From a couple dozen relatively small operations spread throughout the sizable state to today, with hundreds of breweries, Maine has developed into one of the most vibrant beer scenes in the country. The breweries no longer toil in obscure British beer styles. Instead, many stand at the forefront of brewing, with adventurous barrel aging programs, wild yeast operations, and hazy beer factories. The city of Portland alone stands as one of America’s best beer cities.

With all the focus on newer breweries, many long-operating breweries remain strong. Opened by Tom Mafucci in 1991, the Atlantic Brewing Company is one of the longest running breweries in Maine, a focal point for many visitors to the Bar Harbor scene. Atlantic began life as the Lompoc Café in an incredibly crowded two-story salt box house in downtown Bar Harbor. After selling beer from local brewers, including the legendary Tod Foster of Bar Harbor Brewing, Mafucci decided to get into brewing himself, adding a brewpub to his cramped restaurant.

Mafucci moved the brewery from its downtown location in 1998 for an old, abandoned farmhouse on the outskirts of town. With well-sculpted grounds that mix into the surrounding nature, Mafucci envisioned the brewery as a tourist destination, deeming it an “estate brewery.” He has achieved that goal and Atlantic’s welcoming outdoor space plays host to tens of thousands of visitors a year, with the heaviest numbers visiting in summer.  From regular tours to the outdoor seating in the granite courtyard and the barbecue, each of the elements here helps complement the brewery’s line of ales. Atlantic’s beers include your mainstay Maine ales, but with better structure and more distinctive flavor than others. These are not flashy beers, instead solid interpretations of classic styles.

BAR HARBOR BLUEBERRY ALE
alcohol by volume 5.2%
One of Atlantic’s most famous beers is its Blueberry Ale, a style you can find throughout the state. In Mafucci’s second year, a guy with a pickup truck loaded with blueberries stopped by the brewery and offered to sell him his stock. Not sure what he would do with them but intrigued by the peddler’s cheap price, Mafucci purchased the stock. His brewer made the curious decision to juice the berries for their sugars and add the liquid to a batch of beer. After juicing 4OO pounds of blueberries in a little Cuisinart, they had a terrible mess on their hands and a wildly popular beer. Fearing a return to hand juicing the berries, Mafucci found a supplier who provides juice directly to the brewery and the Bar Harbor Blueberry remains one of their most popular offerings. Made with Maine wild blueberries, the ale is a classic case of breweries using their local ingredients to create cult favorites. Bar Harbor Blueberry Ale is a light fruit ale focused on blueberry aromatics, but shunning the sweet, cloying blueberry aftertaste found in many artificially sweetened beers. A lovely beer for warm summer days.

COAL PORTER
alcohol by volume 5.2%
One of Atlantic’s extended tenure beers, the Coal Porter has long been one of my favorites in New England. The beer pours a deep, dark brown with hunts of ruby at the edges where light filters in with a light off-white head that quickly dissipates. The aroma boasts its English pedigree, with the yeast making itself known at the earliest opportunity. Yeast driven beers in the United States are not unusual today but when that yeast is English in nature, it remains noteworthy. Beyond the yeast, there are notes of bitter chocolate, powdered cocoa, and a light creamy character. The first sip boosts the English yeast element, which comes in the form of a quick bitterness and a long earthy note. Medium body in nature, the beer moves quickly from the yeast bite to a wash of sweeter chocolate and cocoa flavors before falling back to heavy English yeast and hop hints. Coal Porter finishes incredibly dry, almost sucking any remaining moisture from your mouth. As the beer warms, the yeast notes come alive in a way you rarely get to experience in American craft beer today.

CADILLAC MOUNTAIN STOUT
alcohol by volume 6.7%
From a basement in their Bar Harbor home, Tod and Suzi Foster started a little brewery that influenced the early generations of Maine brewers. Their Bar Harbor Brewing Company was tiny, one of the earliest nano breweries, and started with an oversized, 15-gallon brewpot and twenty-five 5-gallon plastic buckets in a cramped, 15O-square foot basement. They eventually moved to a larger house with more space for brewing, though still only 85O-square feet. They upgraded to a 4-barrel system and the brewery’s reputation grew and people started stopping by their house for tours. In time they had to build a woodshed tasting room overlooking a small pond on the property to get folks out of their basement. Tod’s Cadillac Mountain Stout was long one of New England’s best regarded beers, great in any season.

In 2OO9, Atlantic Brewing bought Bar Harbor from the Fosters and continued to brew the popular Cadillac Mountain Stout. Born from an old homebrewing recipe formulated by Charlie Papazian, Tod originally used an unusual mix of one-third extract and two-thirds mash to create his signature stout’s distinctive creamy flavor. The beer is very layered and possesses great complexity, mixing a mild sweetness, light caramel and chocolate flavors, and hints of roasted malt. It pours with a deep mahogany color with slight ruby hues at the edges. The big beige head laces well throughout and the pour smells of roasted malt, deep coffee and cocoa, and slight hints of anise. The flavor follows with a solid medium body and strong coffee and dark malt notes, unsweetened chocolate, and finishing with a mild but potent bitterness. The flavor remains smooth and accessible throughout despite its elevated alcohol level. A New England classic that remains great today.