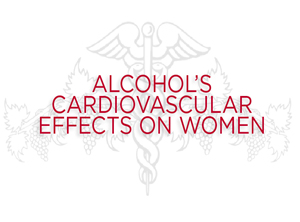 by HARVEY FINKEL, MD
The health effects of drinking, intensively studied during the past 3O years, can be best summarized by the French paradox and the J-shaped curve. The former was named for the surprising low frequency of coronary disease among smoking, indolent Frenchmen, enjoying Camembert and foie gras, compared to non-smoking, exercising Americans watching their weight. The difference is deemed likely due to the French habit of imbibing a measure of usually red wine every day. The J-shaped curve graphically depicts that moderate drinking is associated with improved health and longer life than abstention, while heavy drinking has the opposite effect. Binge drinking is particularly harmful; drinking regularly with meals is most healthful. Wine, perhaps red wine, appears to possess more healthful attributes than other beverages. This has been credited to wine’s complement of antioxidant polyphenols in addition to alcohol. It has been reported that women drinking about seven drinks per week (not all in one day!) had the longest life expectancy.

Women have been found to tolerate less alcohol than men. Among the reasons postulated is the presence in women’s stomachs of only 6O percent as much alcohol dehydrogenase as in men’s. This enzyme initiates the body’s neutralization of alcohol. Women have also been found to be more susceptible to the damage caused by less moderate quantities. While the official recommendation of safe daily maximum allotment of wine for men is two servings (five ounces each), it is only one for women. Liver specialists have found that habitual consumption of up to 14 ounces of wine is tolerable, but recommend only half that as an upper limit for women.

A recent research report by Oda, et al., in PLOS ONE, again looked at what is likely the most basic interaction between alcohol consumption and blood vessels, the effect of drinking on the vital inner layer of arteries, the endothelium, and again reports that light-to-moderate drinking is protective, but that heavy consumption is associated with endothelial dysfunction in women.

Most of the research regarding the health effects of drinking, beneficial and adverse, have involved the cardiovascular system, looking at the influences of drinking on the various manifestations of atherosclerosis: heart attack, cardiomyopathy, stroke, hypertension, and peripheral arterial disease. This is appropriate, because probably the most important health results of moderate drinking are cardiovascular benefits. A minority of the studies has been of women. But women, too, in developed countries are more frequently affected by cardiovascular disease than any other disabling or fatal disease. For example, thirteen times as many women die each year from cardiac disease in the US as from breast cancer. And women are different from men in some of their responses. So it is appropriate that an informative review, “Effects Of Alcohol On The Cardiovascular System In Women,” was published recently from Vanderbilt University and the University of Illinois (Piano MR, et al. Alcohol Res 2O2O;4O:12-2O.). It would have been of more value had it appeared in a more widely read journal. Let’s look at the article.

Coronary artery disease is most easily defined as myocardial infarction or heart attack (death of a portion of the heart muscle), and presumably angina pectoris (chest pain signaling insufficiency of blood supply). This is atherosclerosis of the arteries that supply the heart muscle with oxygen and nutrients. Atherosclerosis is a degenerative-inflammatory disease of the lining of arterial blood vessels, the intima, leading eventually to roughening and ulceration, clotting, and obstruction to blood flow. It appears equally among women and men to conform to the J-shaped curve. A mountain of evidence supports this conclusion.

Alcoholic cardiomyopathy is a diseased, malfunctioning heart muscle caused by prolonged excessive consumption of alcohol, a toxin in high doses. Its end result is heart failure. Much needs to be learned about this condition. It appears to be more frequent among men, but that may be because more men drink to excess. It has been suspected that women sustain muscle damage at lower cumulative doses of alcohol than do men.

Stroke, an interruption of the blood supply to part of the brain, is of two main kinds: ischemic, due to an in-situ clot or embolus associated with atherosclerosis, and hemorrhagic. Ischemic strokes are by far the more frequent. Ischemic strokes follow the J-shaped curve for both sexes. Exceeding three drinks daily may slightly raise the risk of hemorrhagic stroke. More strokes and more stroke-related deaths occur among women than men above age 75.

High blood pressure (hypertension), common in both sexes, is an important cause of cardiovascular disorders and of kidney disease. It is more prevalent among those past 6O in women than men. The quantitative relationship between alcohol and blood pressure, especially for the sexes, is not clear. Some studies suggest that it tends toward linear among men, i.e., any increase in consumption may be associated with a small increment in blood pressure. Other observers have reported a J-shaped curve for men. For women, the trend appears to be more the J-shaped relationship: small doses of alcohol associated with reduction, higher doses with increased blood pressure. On the whole, the changes are small.

Atherosclerotic damage to the peripheral arteries, with resulting occlusion of blood supply to the legs is a disease of old age, possibly leading to amputation. Heavy smokers and diabetics are especially at risk. Although more data is needed, it appears that risk is reduced among women non-smokers who drink moderately, compared to abstainers, to men, and to smokers.

Although not covered in the Piano review, atrial fibrillation demands a word. This potentially dangerous and relatively common cardiac arrhythmia has been long known to be a risk of excessive drinking. The quantity doesn’t have to be extreme, though the risk is higher among those who have drunk greater amounts for longer durations. It had been thought that women were less susceptible than men at the same consumption level, but the more recent studies with which I am familiar indicate equality of risk. Atrial fibrillation of other cause may be exacerbated by even moderate consumption of alcohol.

For the take-home lesson for your own health, whatever your sex, refer back to the first paragraph. Other factors, genetic and lifestyle, also weigh heavily.