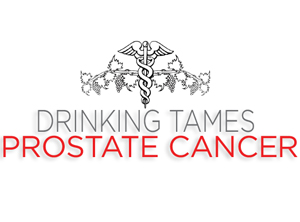 by HARVEY FINKEL, MD
To find cancer and good news in the same sentence is a surprise to most, and to add alcohol to the mix is surely disconcerting, even enraging, to those busily engaged in warning of the falling sky whenever a dram is downed. Let’s see what medical science says.

It says that moderate drinking, on the whole, does not increase cancer risk. It is not so sanguine about breast cancer risk for women whose close relatives, mothers and sisters, have had breast cancer and who are deficient in the vitamin folic acid (folate), nor about colorectal cancer risk in folate-deficient individuals. It also says that excessive drinking raises risks of aero-digestive (especially in smokers) and liver cancers. Now we have a large, long, and well-done study elucidating the relationship between drinking and prostate cancer. This is important.

It is important because prostate cancer is the most common cancer of men. It afflicts, in the US, about three million men, a quarter-million new cases each year, causing 32,OOO deaths annually. All of these figures are increasing. Called the male equivalent of breast cancer, because of its frequency, complexity, and hormonal dependence, prostate cancer may linger harmlessly for many years, or, in its more lethal form, spread widely, chiefly to bones, causing suffering, disability, and death.

It may be no surprise to some that the very same men who have been diagnosed with prostate cancer also may have enhanced their appetites and joie de vivre, and even their cardiovascular health, by enjoying a drink with their dinners. A currently published paper by MK Downer, et al., in the JOURNAL OF CLINICAL ONCOLOGY, reports on the Health Professionals Follow-Up Study of 48,OOO men over 26 years, carefully correlating drinking details and other factors with the incidence and severity of prostate cancer and with deaths from any cause. The paper was favorably reviewed by the International Scientific Forum on Alcohol Research (www.alcoholresearchforum.org/critique-227).

The mechanisms of these apparent benefits are not understood. Great efforts were made to exclude confounding factors. Speculations included effects of alcohol on the hormonal milieu and the protective effects of antioxidant polyphenols contained by red wine.