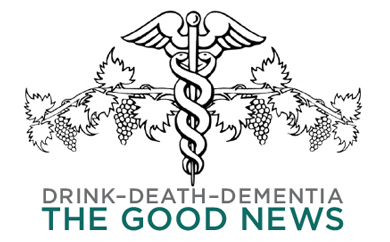 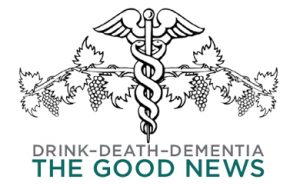 by HARVEY FINKEL, MD
Oh, they try. How they try. Ever since the first report in biblical times of a benefit, much less a health benefit, derived from drinking alcohol, the idea being so repugnant to some a counterreaction immediately started. There are always some who cannot stand the thought of anyone, anywhere, at any time, enjoying life, even in moderation.

Ostensibly dependable authorities, both individuals and organizations, including governments and seats of learning, continue to try to refute any and all evidence of benefits in moderate drinking, in the face of an ever-increasing mountain of data unfolded by hoary wisdom, historical observation, epidemiological studies, and controlled research. Listen to my tirades, portions of objective critiques offered by the International Scientific Forum on Alcohol Research of two recent pieces of prohibitionistic propaganda posing as dispassionate science.

Of course, these are just my opinions – regarding a statement issued by a supposedly learned society on the risk of cancer among drinkers:

“Frankly, I feel some sense of embarrassment as a member of the American Society of Clinical Oncology, probably since its founding or nearly so. This paper looks to me like a piece of political parroting, a polemic, not an objective scientifically based document. It again chews the cuds of tired old arguments that have been long since and repeatedly corrected. Some things just won’t stay dead! It deliberately ignores evidence and literature it doesn’t like, while selecting from the canon of the prohibitionist zealots among us, whose tirelessness might be admired were they intellectually honest.

“The mountain of epidemiological evidence and the hill of laboratory research supporting the J-shaped curve and the reduction of deaths among light and moderate drinkers threatens to bury this paper with the shame it deserves. While we have long known that the risks of a few cancers are increased by excessive drinking, the rest of the relationships still require clarification. What is clear, despite efforts to not see, are the net benefits of sensible drinking. Propaganda won’t help anyone.”

And after reviewing a badly flawed paper calling for revision of drinking standards:

“THE LANCET continues to add to its legend of editorial promiscuity.  Strictly speaking, it seems to me that, considering the disconnects between the data and the conclusions, this paper should not have been published, about which the media are neither equipped to understand, nor do they care or want to care.”

Such misinformation is avidly picked up and amplified by naïve popular media hungry for sensation, then foisted upon a public ill equipped to analyze nuances.

A spate of recent competently done studies have continued to affirm the validity of the J-shaped curve of alcohol consumption, the concept that, as compared with abstainers, moderate drinkers are healthier and live longer, and that heavy drinkers are not and do not. Consumers of excess are even more disadvantaged when that excess is consumed in binges.

The primary benefits of moderate drinking are afforded to the cardiovascular system, substantially reducing disability and death associated with heart attack and stroke, and other complications of atherosclerosis, assuaging diabetes, and helping to preserve normal mental function into old age. If there may be a downside to moderate drinking in possible slightly increased risk of some cancers, that liability is massively submerged by the vastly more prevalent health benefits. Just look at the mortality figures. For example, thirteen times as many women die of heart disease as of breast cancer. Only with prolonged excessive drinking is there a clear increase in the risks of certain cancers, chiefly of the liver and, especially among smokers, the aerodigestive organs. Cancer risk appears not to be increased at all by moderate consumption of wine.

The health benefits of convivial moderation have been abundantly demonstrated throughout the world, in middle-aged and elderly people, in women and in men. They appear to be maximal when the drinking is frequent and regular, especially when it accompanies meals. Wine is likely more healthful than other beverages. Both the alcohol and other compounds, chiefly antioxidant polyphenols, contribute in complimentary ways. Be warned that excessive consumption will wipe out the benefits, inflicting health and other penalties of its own.

I found three results of recently published studies of particular interest. The improvement in health and reduction in death associated with moderate drinking are in addition to the health and survival benefits of other lifestyle factors, including not smoking, physical activity, balanced diet and reasonable weight, and control of blood pressure and blood fats. In fact, in some studies, after non-smoking, moderate drinking appears to contribute the most to good health. Subjects with healthy lifestyles fare much better than their opposite numbers. Their mortality rates from all causes, from cancer, and from cardiovascular disease are substantially reduced. Women with all healthy habits can, at age 5O, expect to live to 93, men to 88, according to the recent large long-term study, compared to only 79 and 76, respectively, for the non-compliant. Other very large, long-term, and well-done studies have indicated that moderate drinking may tack on years to one’s life.

Finally, surely of major importance considering the frightening rise in the incidence of dementia, Alzheimer’s disease, vascular dementia, and others, what sort of extra life span might we anticipate? Rather encouraging results recently added weight to earlier data indicating a pleasant, mentally competent twilight. Compared with abstainers, moderate drinkers are more likely to survive past age 85 in reasonably healthy condition, with their cognition (higher brain function) intact.