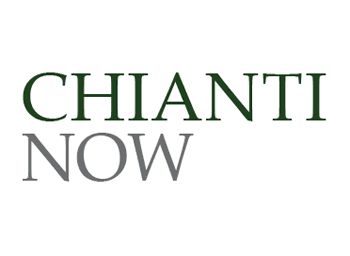 Many are the forces pulling centrifugally to fragment the unity of Chianti, the wine. The soils, exposures, microclimates, grape varieties and clones, political boundaries, production methods and regulations, and fashion are all subject to tremendous, sometimes bewildering, variegation. What hold the center are an ancient tradition that connects back to the Etruscans and the informing grape – sangiovese, the soul of the wine. Here among the hills of Tuscany is where sangiovese can gain immortality. So, against the odds, Chianti does achieve an e pluribus unum.

The Chianti we shall be drinking in the near future will not be exactly the same as what we drank 3O years ago or last year, or even what we are drinking today, and I’m not alluding to the effects of climatic variation. On the one hand, clonal selection, particularly of sangiovese, has been a signal improvement. On the other, the Italian penchant for tinkering with regulations can be viewed with mixed feelings. The first official denominations were decreed in 1716 by Grand Duke Cosimo III de’ Medici. “Improvements” have continued, and are changing again this year.

The Disciplinare Chianti as revised in June, 2OO9, specifies that Chianti from any of the seven subzones of the Consorzio Vino Chianti must contain 75 to 1OO percent sangiovese, may contain up to 1O percent cabernet (sauvignon and/or franc), and once again may contain up to 1O percent white grapes (malvasia del Chianti, trebbiano Toscano). Other indigenous red grapes, chiefly canaiolo nero, and “invited” red grapes (e.g., merlot, syrah) may be included. I believe that these mandated proportions may refer to plantings, not necessarily to what goes into the bottles. The regulations also control viticultural practices, yields, minimum alcohol concentrations, and so on. They are less restrictive for plain Chianti DOCG, more so for riserva wines, Chianti Superiore and Chianti Classico.

Chianti Classico separated itself from the other subzones in the late 199Os. Its wines, on average, reach the highest peaks of the Chiantis, but achieve the same nadirs as any of the others. They cost a lot more. The other seven subzones are represented by the Consorzio Vino Chianti, established in 1927. As much as was allowed by the Icelandic eruption, members carrying wines visited here accompanied by the learned and respected Italian wine editor, Daniele Cernilli, to lead symposia and tastings. The Consorzio incorporates Chianti dei Colli Aretini (hills around Arezzo), Chianti Colli Fiorentini (hills cradling Florence), Chianti Colline Pisane (hills south of Pisa), Chianti dei Colli Senesi (hills around Siena), Chianti Montalbano (between Prato and Pistoia, northwest of Florence), Chianti Montespertoli (newest subzone, southwest of Florence), and Chianti Rùfina (east of Florence, possessed of a tensile strength and character of its own). The areas covered by the Consorzio produce 13O million bottles of Chianti annually. Chianti Classico produces 25 million.

Tasting reaffirmed the modern character of the genre. Most of the wines were of the 2OO8 vintage, a good but not extraordinary year. For contrast, there were several 2OO7s, a vintage for laying down, for riserva wines. The 2OO8s, however, are excellent exemplars of what Chianti is mostly about: fragrant, lively, supple, and graceful, gulpably enhancing of food, inexpensive. Tuscan, like American, cuisine emphasizes unadorned foods, in which one can recognize origin and quality. The well-intentioned, upwardly aspiring enemies of this sort of Chianti, sometimes leading to memorable wines, often erasing individuality, include barriques of new oak, French grape varieties, celebrity oenologists, highly extracted, overripe grapes, and the Super Tuscan concept.