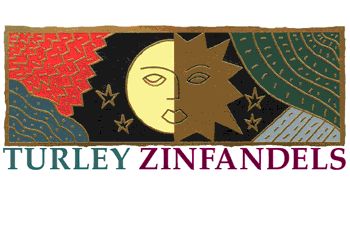 The first time I tasted through a line up of Turley Zinfandels was in the late 199Os and my palate was almost literally blown away. It was a hot summer day, I was tasting barrel samples outdoors in the sun with winemaker Ehren Jordan, and the massive extract and alcohol levels of one black purple wine after another combined to make quite a potent statement. They were, of course, not finished wines but the experience was more confusing to me than anything else: each one tasted impressively bold and ripe, but impenetrably dense, I thought. The vaunted terroir differences were, at least in their youthful state, inaccessible.
Fast forward to 2O1O and so much has changed. Having had an opportunity to experience much of the current Turley portfolio from the 2OO6 and 2OO7 vintages at the Boston Wine Festival, it’s clear that the evolution in Zinfandel style has been dramatic. If some of the core principles remain the same (vineyard designation, ultra-low yields, aggressive pruning, bottling without filtration) others (vine treatments, timing of the harvest, no use of sulphur at the crush, less new oak maturation) have undergone a sea change. Turley still produces big-bodied wines of high extraction but today’s versions by and large are softer textured, with more rounded edges. Some are even what I would describe as polished and elegant, not terms that would have come to mind remotely in assessing their characteristics as recently as a decade ago.
Jordan still favors a “hands-off” approach to fermentation and aging, but there are subtle twists that he’s introduced after learning how to best reflect each vineyard’s character over the course of many vintages. He explained that since he is so close to the wines he doesn’t see any stylistic departure as a change in philosophy as much as a pragmatic adaptation to learning better what his vineyards require to express themselves fully. Most of the wines I tasted were nuanced, balanced and highly evocative of place.
The vineyards Turley uses for its 25 to 3O different bottlings are virtually all organically farmed now and many of them are not irrigated. The most striking change in the vineyard though is that whereas Jordan once favored late harvesting, now he emphasizes picking Zinfandel quite early. Balance is better and there is no need to water the must, which is a practice some producers use surreptitiously to reduce alcohol. The result is less raisiny characters and more freshness. Fermentation practices involve use of natural yeasts exclusively.
Of the vintages on display, Jordan expressed the opinion that 2OO7 was the finest he’s vinified across the board for Zinfandel. Yields were naturally very low, in general under a 1.5 tons per acre. While the wines were outstanding, I thought that in general the 2OO6s were equally good. Unfortunately however, he said, 2OO8 is going to be an extremely short vintage due to horrendous spring frosts that reduced the average size of the North Coast Zinfandel crop by half, at least throughout the vineyards Turley uses.
One point to emphasize: some people are ideologically opposed to wines with strong alcohol levels. Never mind that it’s impossible to ripen Zinfandel without getting close to 15 in most areas, but there are tasters who demand to know “what’s the alcohol?” before even considering a wine. That’s fine if it’s for health reasons, but the test for me is whether the wines taste balanced or hot. Today Turley is making robust wines that are graceful. If, on the other hand, you’re dealing with a customer who is turned off by the very concept of strong alcohol levels, they should probably explore elsewhere rather than California Zinfandel; but they most likely already know this. For the open-minded, all of the Turley Zins are recommended.

Following is a run down of the Zinfandels from
Turley Wine Cellars’ I enjoyed most in ascending order of preference.

“Duarte”, Contra Costa, 2OO7
Hailing from the deep East Bay area from vineyards adjacent to the Sacramento River, this is an ancient vineyard planted in the 19th century.  The miniscule yields from these own rooted vines contribute to the wine’s concentration, but the Duarte is also surprisingly floral, leafy and understated in aroma.  Its ripe red berry fruit flavors are of medium intensity, with elements of bittersweet herb, soft red pepper and exotic spice.  Silky in texture despite the slight burn in the finish.

“Presenti”, Paso Robles, 2OO6
I have to confess to not being as much of a fan of Paso as I am of the North Coast Zins, but this one was outstanding.  It has a charcuterie-like aroma, with notes of fennel, herb and olive, and a delicious almost Port-like intensity.  It was a real winner with a Char-Seared Roast Lamb Loin that was served with Elderberry Zinfandel Essence.  The lingering peppery spice on the finish mellowed out and supported the flavors of the dish extremely well.

“Cedarman”, Howell Mountain, 2OO7
At 24OO feet, Cedarman is among the highest elevation sites in Napa, a vineyard marked by its red clay soils.  This is a beauty that has light chocolate scents accented with herb and fresh red berries.  Although rich and velvety, this mountain Zin has intense tannic concentration and a long somewhat peppery finish.

“Moore Earthquake Vineyard”, Napa, 2OO6
Situated at the Valley floor on an alluvial fan, this vineyard is recently planted.  The fruit is ripe and accented by a smoky, brown bread, baking spice earthiness that is quite appealing.  On the palate it’s Amarone-like, with a luscious raisin and cocoa mélange of flavors that are framed on what tasted like an extremely high alcohol structure, but it does not come across as hot and the parts work together to make a delicious whole.  At this stage a wine I’d prefer with cheeses rather than most savory main courses, although it still strikes me as several years from maturity.

“Mead Ranch”, Atlas Peak, 2OO7
From vineyards at elevations of 14OO feet, this wine is highly scented with a perfume of cinnamon, bay leaf and sun dried cherries.  It’s earthy on the palate, chewy and powerfully tannic but with ample lush red fruit and spice.  This is the one I would not hesitate to serve with a wide range of hearty seafood dishes as well as meat of all kinds.  Despite the intensity there’s a freshness and sensuality to the fruit that make it very versatile.