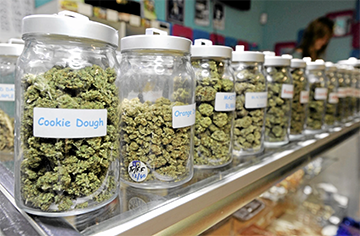 Excise taxes for marijuana sold for adult recreational use exceeded alcohol excise taxes for the first time in Massachusetts, as marijuana sales reached $2.54 billion, according to the Cannabis Control Commission.

Halfway through the fiscal year, Massachusetts collected $74.2 million in marijuana excise tax through December 2021, compared to $51.3 million in alcohol excise taxes. The transition from medical to recreational marijuana use typically leads to a doubling or even tripling of tax revenues.

The excise tax of 10.75% on recreational marijuana is only about half of the total tax revenue being collected for cannabis. There is also a 6.25% state sales tax, plus a local tax of up to 3%. It all added up to $208 million in total tax revenue last fiscal year.