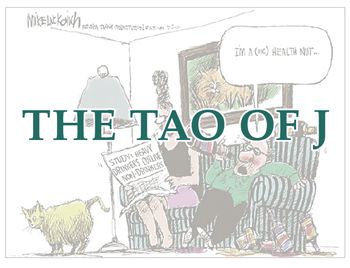 I was astonished just before Labor Day by the media’s rolling boil over John Cloud’s piece in time, “Why Do Heavy Drinkers Outlive Nondrinkers?”, which had been stimulated by the online pre-release of a paper, later published in November,  in alcoholism: clinical and experimental research. Even the main editorial cartoon of the boston globe in September by Mike Luckovich (borrowed from the atlanta journal-constitution) wryly and amusingly carried the whole affair to absurdity. Cloud’s, time’s and the rest of the media’s surely partly deliberate misrepresentation of the main thrust of the research illustrates the need for sober explication.
In very few words, what Holahan and associates reported was certainly not new: moderate drinkers live longer than abstainers or heavy drinkers – folk wisdom since Hippocrates, scientifically confirmed for nearly three decades. This is the now-classic J- or U-shaped curve, which may turn out to be a basic principle of biology. Focusing on mortality and alcohol consumption, as well as other factors known or thought to influence health and longevity, the study followed 1824 men and women,  55- to 65-years-old, over 2O years. Physical and emotional health, favorable socio-economic status, marriage, normal weight, reasonable diet, physical activity, nonsmoking, control of blood pressure, blood fats and sugar, are all correlated with longer life. Moderate drinking has been shown to be an additional health asset, i.e., adding to the benefits of even an ideally healthy lifestyle. In the study at hand, moderate drinking is estimated to confer a 38 percent lesser mortality compared to abstention. The investigators took pains to exclude the influences of possibly confounding factors.
While the advantage offered by moderate drinking (one to three drinks per day, on average) is considerable, the difference between abstainers and heavy drinkers in this study is small, both these groups faring far less well than the moderates. Most studies indicate that heavy drinkers die sooner than abstainers. (Riskiest of all is binge drinking, even when the total quantities of alcohol are equivalent.) Among the interesting results of this study are that drinking three per day is equally beneficial as and no more harmful than one or two, and that older individuals, despite patronizing warnings to the contrary, both tolerate and benefit from this same level of moderate drinking.
Other publications have indicated that regular, moderate consumption, preferably with meals, perhaps especially of red wine, particularly enhances health and longevity, assuming no individual contraindication. The relationships involved in the actions of alcohol and wine’s antioxidant polyphenols are not simple, as noted by the International Scientific Forum on Alcohol Research. (The Forum is a panel of scientific professionals, led by R. Curtis Ellison and Helena Conibear, which evaluates newly published research. Disclosure: I am a member of the Forum.) The Forum agrees with the overall conclusions of the Holahan study, and further advises that, “we should not criminalize alcohol. We should stress the fact that while in excess alcohol can be toxic, in moderation it may provide considerable health benefits.” The full comments are published in aim digest 2O1O; 28: 3-6 (September).