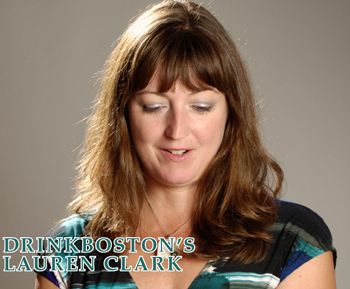 Q What was the most notable discovery you made through your drinkboston.com work?
A After I wrote a couple of posts about where to find “lost” cocktail ingredients like orange bitters, Punt E Mes and falernum, readers came out of the woodwork with new suggestions.  They cited Liquor Land in Boston, Atlas Liquors in Medford and Liquor World in Cambridge repeatedly.  A few people also turned me on to Cirace & Son in the North End as a treasure trove of aperitivos, amaros and digestivos.

Q In your opinion, what’s the best recent cocktail development in Boston?
A  More young bartenders are being trained in mixology – tasting spirits, knowing how to balance them, measuring their drinks – than ever before.  Also, more customers understand what a good cocktail is.  Boston’s bar culture has always been exceptional, but all these trends add an element of real quality.

Q  What’s been the most rewarding outcome of your blog?
A  It is simply awesome when I go to a bar and someone tells me he/she regularly reads DrinkBoston.  It’s rewarding to have played a role in nurturing Boston’s bar and cocktail culture over the past four years.  I have encountered people and had experiences, both around Boston and nationwide, that I never would have before.  Flying across the country, for instance, and having bar folk and fellow bloggers welcome me in places where I’ve never been before is a real treat.

Q  What was the most popular post since you launched in 2OO6?
A  One of the most commented-upon posts is also one of my favorites, “Guilty pleasures & gateway drinks” [drinkboston.com/2OO9/O5/28/guilty-pleasures-gateway-drinks] where everyone, including me, admits there was a time before they were drinking craft cocktails – and that they may still sneak in a Southern Comfort & Ginger or a Woo Woo on occasion.

Q  Going out to bars frequently, you must have a few list-toppers.  What are your top three favorite drinks and where to get them?
A Oh, this isn’t fair.  Can we make it 3O?  OK, let’s see . . . any cocktail consisting entirely of spirits and bitters over a giant chunk of ice in a heavy rocks glass at Drink.  An Old Cuban at Eastern Standard.  A bucket of High Life ponies and a shot of Fernet at Trina’s Starlite Lounge.

Q  What is your most memorable drinking experience?
A Developing a taste for Sazeracs, thanks to John Gertsen (Bar Manager at Drink).  I didn’t used to like this classic drink, because I didn’t have much tolerance for the licoricey flavor of the absinthe used to rinse the glass.  But, one night, John made Sazeracs as a guest bartender at a drinkboston event.  I took one sip and got it.  It was beautifully balanced and chilled, and my focus turned away from the absinthe and on the drink as a whole.  Since then, I have developedataste for cocktails with absinthe and similar spirits – which I’m thankful for, because there are so many good ones.

Q What are three products every bar should have?
A  Rye whiskey, orange bitters and jiggers.