The announcement follows the appointment in October of drinks industry veteran and former Diageo Chief Executive Paul Walsh to Brockmans’ Advisory Board as the Company seeks to bring additional experience and operational expertise to support the next leg of growth. 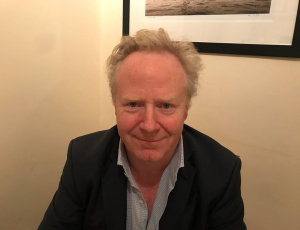 Mr Lawrence, who starts on January 13, 2020, will concentrate on the Company’s international expansion. Brockmans is already sold in 50 countries, and extending the brand’s geographical footprint, particularly in the US, is a strategic priority. Mr Lawrence’s considerable experience running major brands, most recently as Chief Executive of Mast-Jägermeister UK, and Region Vice President Latin America will ensure that Brockmans’ management has both the expertise and the capacity to deliver on the Company’s ambitious growth plans.

Neil Everitt, Brockmans’ founder, said: “Guy is a stellar addition to the team, and attracting talent of his calibre and experience shows what an exciting journey Brockmans is on. Guy has worked with some of the world’s best known spirits brands and overseen their rapid growth trajectories and the team are very excited to start working with him.”

Guy Lawrence said: “It’s exciting to be able to join a brand and team with so much potential.”