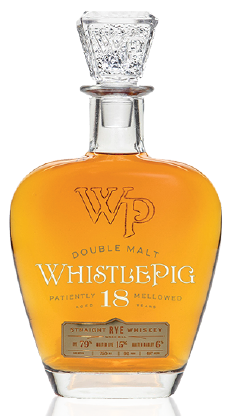 The Vermont distillery has released its oldest whiskey: a Double Malt Rye aged 18 years, distilled from a mash bill of 79% rye, 15% malted rye, and 6% malted barley. The whiskey is bottled in a decanter adapted from the traditional WhistlePig bottle shape and topped by a custom-made glass stopper. A limited allocation will be released each year. Suggested retail for a 75Oml is $4OO. AVAILABLE FROM Ruby Wines.