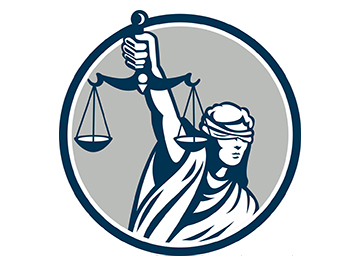 On July 24, 2019, a decision was released by the Massachusetts Supreme Judicial Court (SJC) that overturned a lower court’s ruling in 2017 allowing Total Wine to sell liquor in Massachusetts at below wholesale prices. The judgment of the state’s highest court overturns a Suffolk County Superior Court determination and ruled in favor of the Massachusetts Alcoholic Beverages Control Commission (ABCC) interpretation and enforcement of state statutes forbidding below cost discounts being passed on to customers. The ABCC first brought a pricing enforcement action against Total Wine in January 2017.

The Maryland-based Total Wine & More is a national liquor store chain with 193 stores in 23 states. Total Wine sued the ABCC after it received several one-day suspensions for two stores for selling certain brands of liquor, including Smirnoff vodka and Bacardi rum, to consumers for anywhere from $1 to $6 below wholesale prices. Total Wine contested the ABCC’s enforcement order by asserting that they were selling the liquor for above wholesale prices when discounts were awarded from distributors for cumulative orders and prompt payments that would be eventually calculated into a final wholesale price at some unspecified time in the future. This discounting practice by Total Wine is known as cumulative quantity discounting.

In July 2017, Suffolk Superior Court Judge Robert B. Gordon overturned the long-standing prohibition against cumulative quantity discounting by ruling in favor of Total Wine against the ABCC. An appeal by the ABCC was filed with the Massachusetts Packages Stores Association serving as an amicus party to the action. The SJC then took the case from the Court of Appeals in December 2018. Their decision sustains arguments and allegations put forward by the appellants.

According to the SJC ruling, the plain language of § 2.04(1) requires that the net cost of liquor or wine sold to a licensed retailer, including any credits applied to that sale from Cumulative Quantity Discounts, must be reflected in the invoice for that sale. The ruling further stated that it was reasonable for the ABCC to interpret the regulation in accordance with the regulation’s plain language. The SJC also concluded that the ABCC’s interpretation of the regulation was reasonable in light of both its legislative mandate and the administrative demands of efficient and uniform enforcement.

Consequently, where Total Wine sold liquor and wine purchased through the invoiced sales at prices below the net price reflected in those invoices, the ABCC was justified in finding that Total Wine sold the liquor or wine “at a price less than invoiced cost,” which is in violation of § 2.04(1). The result is that Total Wine & More can no longer use a cumulative quantity purchasing scheme to circumvent state laws against discounting below cost.