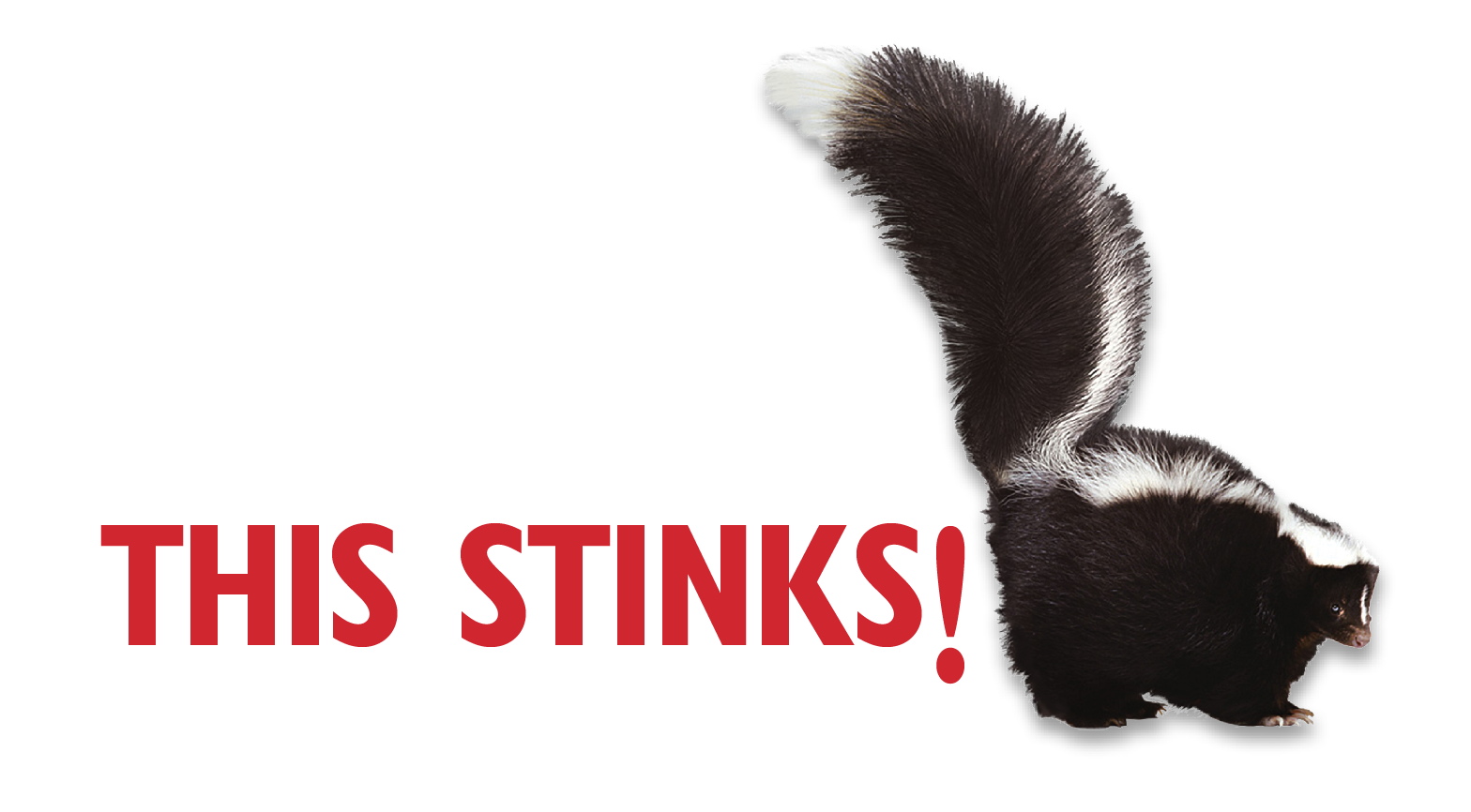 BEER CONSUMERS have never before enjoyed such a wide selection of different styles from so many breweries from around the globe.  In terms of flavor, aroma, body, and balance, we live in a time of unparalleled quality in the production and enjoyment of beer.  With this exciting exploration comes questions and concerns for those involved in the brewing, stocking, and selling of beer.

Whether through the travails of transit or the lack of pull-through at the bar or store level, a lot of craft beer is in bad shape by the time the consumer reaches for the first sip.  With more than 3OOO breweries in operation – double as many as were making beer just five years ago – acquiring fresh beer in great condition should be easier than ever.  Despite this seeming truth, we are quickly entering a period where the specter of stale beer once again threatens the beer experience.

Our beer culture is increasingly dominated by consumer proclivities towards promiscuity, where more is never enough.  We want it all – the new, the hip and now.  We’re deluged by upcoming beer releases through publicized federal label filings and single beer releases meriting their own festivals.  The tradition of seasonal beer programs even appears adorably antiquated.  Despite the increased availability of local or regional beer options, we still peer over the shoulders of our local breweries to see which out-of-state brewers might be joining the party.  This insatiable drive towards the novel has caught otherwise levelheaded wholesalers, retailers and bar owners in a bad beer vortex.

When the industry chases new beers in the absence of the smart curation of products on hand, the resulting expansion of bottle and tap selections results in bloat and a lot of stale beer.  Bar owners implicitly realize the difficulties in providing reliably fresh beer for customers when they offer from upwards of more than 7O taps.  The same goes for package store owners who cannot possibly hand-sell thousands of bottles on their warm shelves.  While “big is beautiful” in the new age of craft beer, the resulting consumer experience in such places is inevitably degraded.

Elevating the importance of in-house beer curation should be the first priority for every craft beer purveyor.  It is not enough to know a little bit about every beer that a bar or package store has for sale.  The smart curation of a list or set of offerings requires the confidence and authority to say no – even to the new – when it will negatively impact the consumer experience.  A few thoughtful and well-treated handles trumps 1OO poorly maintained taps every time.  In contrast to the time of naively archaic and encyclopedic beer museums, craft beer “tending” will define the industry’s next era and drive interest from increasingly savvy consumers who are tired of being burned.

The new age of craft beer also encourages and offers short-term rewards for brewers to make some not-so-smart decisions.  Urged on by clamoring wholesalers and retailers, brewers are coaxed to send their beer far from home, in large shipment, where it often dies a sad and lonely death – suffocated under layers of dust and disinterest after the novelty of its initial arrival wears off.  With no brand support or oversight, and  no one with a vested interest in its future, craft beer has little chance of survival followimg a long haul.  Too often, after an initial rush of interest, consumers and distributors are searching for the next craft beer experience, leaving out-of-state brewers with no support or sell through.  Subsequent distributions receive less attention, ending with more less than ideal beer floating in the marketplace.

Beyond this, another prevalent yet easier-to-address issue is that of over-purchasing in order to secure volume discounts, failing to routinely check the codes of beer entering stores, and allowing beer to sit on shelves and in cold boxes.  For smart, savvy brewers, the issue of beer dying a quick death remains a most vexing challenge.  The best breweries focus on close-to-home markets and having sales reps or distributors religiously checking for out of code beers.  They buy back old beer or, better yet, closely regulate orders to make sure that distributors and retailers do not over-purchase beer beyond their likely sales needs.

While the benefits of volume discounts on bulk beer purchases appear obvious, the subtle negative costs, especially with more knowledgeable consumers, add up.  Store and bar owners recognize the increasing beer intelligence of their clientele.  As national, regional and even local craft brands slowly replace tap handles from the nation’s largest brewers, loyalties and interests have shifted – a practice that defined the previous generation no longer prevails and requires a change in view and business model.

This is where we come to the final piece of the puzzle: legible, easy to understand package dating.  Most beer consumers have heard of the born-on-date, a marking on their beer telling them when it was brewed.  For all the flack that it incurs on a variety of subjects, Anheuser-Busch did consumers and the industry a true favor in playing up the importance of fresh beer.  While it is true that beer will never taste as good as it does in the brewery’s tap room, that does not mean you should relent.  Beer by its nature is a foodstuff and is generally meant for consumption promptly after its release.  If you miss a certain window of time, beer will not grow mold or make you ill, but its quality will likely change – even the biggest, strongest beer can fall prey to its two biggest enemies: oxygen and light.  Overexposure to these elements can leave you drinking either a cardboard cocktail or a stink bomb.

Every beer drinker has inevitably experienced both of these unfortunate sensations when drinking from clear or green glass bottles.  If you sample some of the most popular imported brands when their bottles have not been exposed to light, usually when wholly covered in a twelve-pack container, you will notice a huge difference.  These beers suddenly possess a stronger malt base and appear as very clean lagers.  But let these bottles sit in the light for a few minutes, as happens every day in liquor stores, and the flavors change dramatically.  A light-struck beer is one where specific wavelengths of light interact with the molecular compounds in hop oils to create a photosynthetic reaction, resulting in a skunky aroma and flavor.  Avoiding this stinky plague is why most brewers prefer light-resistant brown bottles to store and protect their beers and why breweries such as Pilsner Urquell have recently abandoned green and clear glass bottles.  Careful brewery operations and secure packaging are required to combat that other beer foe, oxygen, which causes beer to taste and smell of cardboard or wet paper.

Macro- and craft-brewers have long considered whether and how to date their bottles.  Despite its importance for consumers, freshness dating is one of those things that many craft breweries have long avoided because it led to beer orphaned on store shelves if it did not sell in time.  As craft beer grew more popular and the stability of their packaging increased, however, these brewers felt more secure in helping consumers answer the age-old question: “How old is my beer?”
For breweries, the road to transparency is fraught with perceived peril.  Some argue that the technology costs associated with clear bottle dating would be prohibitive, a myth that Hugh Sisson of Heavy Seas disproved a decade ago.  To solve this problem, his brewery simply added ‘best by’ boxes to its labels and used a band saw to cut a notch in the appropriate month before putting them in the labeler.  A bit crude, perhaps, but effective and it didn’t cost a dime.

The other issue is that many brewers actually do not want consumers to readily know when the beer was packaged because they might be disinclined to buy it after a certain amount of time.  For all of the purported reasons to not offer legible package dating, the one obvious justification is one of naked self-interest.  In a time where consumers often demand to know the farms that produce the meat, cheeses and vegetables they consume in restaurants, it cannot be that customers are satisfied with stale beer and do not want clear freshness information.

The biggest problem here is for breweries that employ some version of the Julian dating system, a calendaring method dating back 2OOO years ago to ancient Rome.  Named after Julius Caesar, the numbers in the modern version of this time stamping process reference some non-uniform permutation of the year (4), day of the year (235), and time of day in military time (1713) the beer was packaged.  Of course, there is no standard application of this system among American breweries, with some breweries employing a production date, such as when the beer was brewed, while others use a packaging date.  The breweries also tend to mix and match the dates and year codes, with no set appearance order on the package.  Others include a time stamp or proprietary production information, such as the fermenter involved or the batch code.

Only a select few beer lovers actually understand what these numbers mean.  For the vast majority of consumers, the dates appear as seemingly meaningless numeric nonsense.  Lacking in simple clarity, the Julian system requires customers, many of whom are not hardcore beer nerds, to come equipped with additional computational skills just to find a relatively fresh bottle or can.  In a time when beer can take more than a month to get from bottling line to retailers’ floor or coldbox – and where craft beers now so heavily rely on gentle and fragile aromatics – ready and transparent access to the details of a beer’s production have never been more important.

For craft brewers still clinging to the false protection of the Julian system, they are doing a disservice to their customers and their fellow brewers.  Cost cannot be the issue.  Recognizing the importance of this issue, both Sierra Nevada Brewing and 21st Amendment recently switched to a clearer bottle dating code.

As the popularity of hoppy beers continues to skyrocket, the issue of freshness grows in importance.  The subtle and nuanced flavors in dry hopped beers, which boast rich and playful hop aromatics, are delicate and quickly lost.  Cold and dark storage help to maintain these beautiful beers but they tend to go downhill rather quickly.  While the package dating might suggest a six-month window, it is likely that the beer will be a shell of itself within six weeks to two months, sometimes even sooner.  To truly serve customers the best experience, beer buyers and managers need to keep a close eye on the packaging dates of their stock and act accordingly.

Stale beer is a scourge with industry wide ramifications.  Brewers, distributors and retailers all must be wary of continuing the old practices, including buying in bulk, letting beer sit on warm shelves in direct light, and not tracking the dates of stock.  Simply wiping dust off the bottle is not a sustainable business solution anymore.