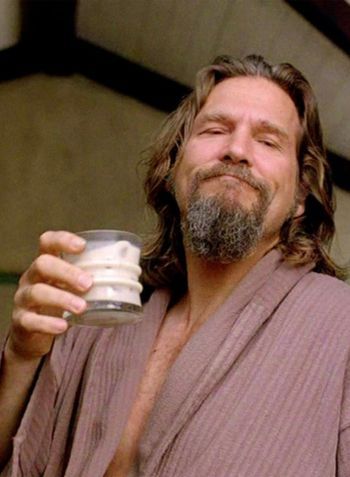 Kahlua, the classic rum and coffee liqueur, has joined forces with Academy Award-winning actor Jeff Bridges to release “The White Russian,” a Kahlua Productions short film honoring the classic cocktail. Bridges, who narrates and stars in the short film, recounts an adventure-filled story with twists and turns for the characters, all while sipping on a classic White Russian cocktail. Set to debut on September 9, 2014 in Hollywood, Bridges will join the Kahlua brand for a special private screening with fans. The debut of “The White Russian” film represents a return to the brand’s heritage in the world of classic cocktails. This Kahlua Production film marks a new global creative look and feel that has been created for the brand given its long history in films. As the key ingredient behind one of the most popular classic cocktails, and as a point of conversation for so many pop-culture moments, the brand is on a crusade to inspire retro experiences and drinking occasions – the very heart of the Kahlua brand. “There are few classic cocktails that resonate as powerfully across generations as the White Russian made with Kahlua and we wanted to partner with a fellow icon like Jeff for this film to showcase the importance of a timeless classic,” said Brian Mequet, Vice President, Rum and Liqueurs, Pernod Ricard USA. “‘The White Russian’ was born out of a deep and longstanding appreciation for the classic cocktail and Jeff’s partnership in this project drove it home for us.” The White Russian short film was directed by Ivan Zacharias and is an intriguing story about the unlikely meeting of two men from different worlds, as told by a man reminiscing about his past adventures. That man is none other than film legend Jeff Bridges. With a few surprise characters and plot twists, present-day Bridges narrates the unusual adventure all while sipping a White Russian cocktail at a bar. “The White Russian is one of the most popular classic cocktails and it’s seeing a massive revival right now, so to work with Kahlua on this project is great timing,” said Jeff Bridges. “As a short film entirely inspired by a simple classic cocktail, this story is creative, enigmatic and beautifully shot.”